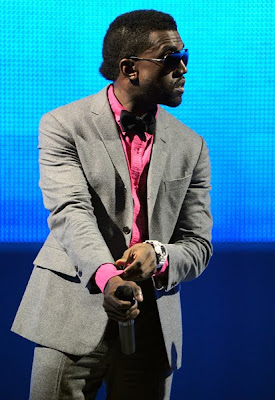 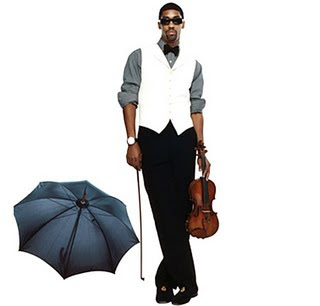 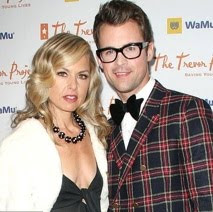 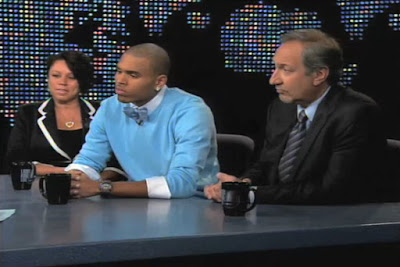 Recently, in his much-anticipated (or most dreaded) interview with Larry King, Chris Brown wore a bow tie and a baby blue sweater. Critics, especially the Power 106 (105.9) crew on "Big Boy in the Morning" expressed their distaste for his style, commenting on it looking ridiculous and just not working with his persona.

It seems to me that it was sort of a smart move on his stylist's or his people's behalf. After all, how much can you hate a young guy dressed preppy and innocently? If he were to have worn a black leather jacket and a bandana, well, that would have demonized him even more. So, as for a strategic public stunt, I understand. As for bow ties becoming a new boy accessory, I just can't dig it. The silliness and laughter takes over me, and I feel that it is such an unnatural choice.

Don't get me wrong: I LOVE when both men and women explore their style and express their personality with new trends, cuts, and colors. Kanye (my fave) even appears wearing bow ties! With him, I get it. I mean, if he can rock a black mullet -- he can rock anything. Chris Brown, on the other hand, I just don't feel that you are an authentic bow tie kind of guy. Especially not when the same hands crossed in this pic are the same hands that tore up Rihanna's face. (This is me ALLEGEDLY saying he did this.) I just don't buy it Chris.

So all I say is be true to your style. If this is really on a guy's must-have list of accessories, then he should wear it proudly. Other than that, let's leave the outrageousness to the celebs who get publicity whether they make it on the good or bad-dressed list.


Would YOU like to see your man, brother, or friend start to wear bow ties? (Steve, my boyfriend, has mentioned that he may want to wear one....oh boy...)

thanks for your article! bow ties are soo deceptively cool...the trick is, you gotta wear it to know it. I dare you to try on a cool looking bow tie for one entire day and then see what kind of response you get.

...my friend, you'll never look back!

check out ours @ www.misterbowtie.com and let me know which is your fav!!

OK, Mister Bow Tie...I must say that the styles you featured on your blog are pretty exciting. I think that, ultimately, it depends on the guy's personality and his ability to pull off a risky trend. Cause I do think it's a bit risky...Thanks for giving me your link. I am going to add it to my "Fabulous Blogs." I am also following you now! Feel free to do the same ;-)