I Wanna Rock and Roll All Night (And Party Every Day) With Brize Collection... 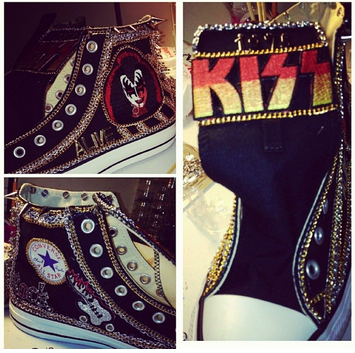 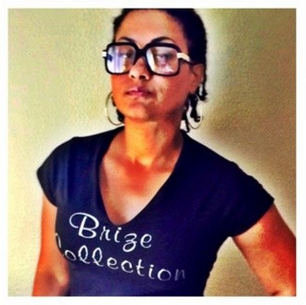 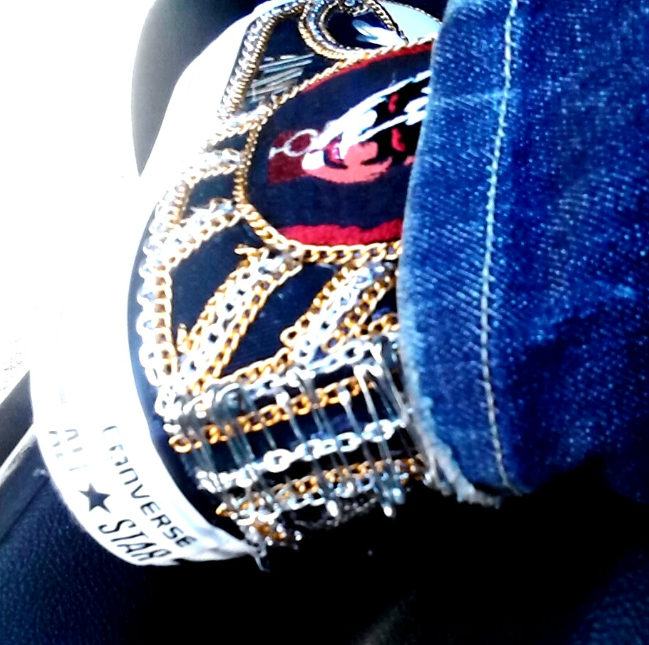 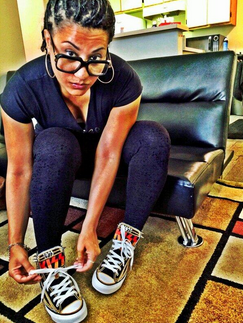 Such a cool feeling when you interview a source and the two of you click. Like instantly. I never would have predicted that Tosha Brize, the humbled mastermind behind Brize Collection, would become more than an interview. That this woman, who is armed with such unwavering persistence, would quickly become a dear friend.

As the story goes, I reached out to Tosha on Twitter immediately after I noticed a conversation between her and Reality TV star/model/actress Tami Roman. Being the nosey tweetaholic that I am (and researcher, by nature), I began checking out the fashion item they were discussing. As I soon realized that Tosha Brize created custom-made Chuck's -- really cute, custom-made Chuck's - I knew that I needed to speak to her and feature her on Good Girl Gone Shopping. After all, unique, creative fashion will always be in style.

Agreeing to an interview (her first one!), Tosha not only gave me the rundown of the company, her goals, and her overall story, she also learned more about who I am. Finding time amongst our busy schedules, we eventually began chatting like old girlfriends, and not long thereafter, she began creating a custom-made shoe for...me!

Not only was I delighted to wear her art on my feet, it was a great time to explore a new, comfy flat! Typically, when I'm not wearing heels, I'm all about a pair of Old Navy flip flops...It was time to change that.

History behind the shoe:

In junior high and the earlier years of high school, my backpack and jeans were covered with patches of my fave early 90s, KROQ-esque bands (Pearl Jam, Nirvana, Hole, Beastie Boys, Red Hot Chili Peppers...). I used to cut v-neck sweaters and then pin them together with safety pins. At 15 years old, I was most comfortable wearing my sister's 14-hole, worn-in Doc Martens with green laces (while sneaking a quick drag off a friend's cigarette in the parking lot at school). Basically, the time in my life when I really stood out as a Jewish biracial girl growing up in Pomona (receiving all sorts of criticism and confusion from different directions, which did not necessarily help a girl work thought an identity crisis), music was my go-to relief and sanity.

And today, music still plays a role in my well-being and image! I still rock out to the Chili Peppers while I drive, but I'll also ride along to the hits of Drake and the eclectic sounds of Santigold. With my newly locked hair and officially living among the beautiful and bizarre of Los Angeles, I find myself continuing to make my own statement as a fashion writer. Music definitely supports and inspires my own transformation.

So this pair of Chuck's was recreated by Tosha with my particular personality in mind. She says, "The shoes represent the historical Kiss group. When designing the shoe, I did research on the group - 1973 is the year the band was created. Their first big album to hit the billboard charts - which put the band on the map - was "Alive." As Tosha was explaining this to me, and adding that she thinks some great detail to the shoe should include safety pins as well as the word "Alive," I became waaaaay excited. I was all in! Although posters of the band Kiss didn't grace the walls of my bedroom while growing up, this American hard rock band has been one of the loudest statement-makers when it comes to their flamboyant style. I've always loved it, and trusted Tosha to use all of her creativity for my shoe. A one-of-a-kind shoe that uniquely plays on someone's love for rock music, my Chuck's are the most special piece in my closet right now (actually placed in a different room than my other shoes, as they deserve their own space). They were made for me.

Ordering your own pair of Chuck's:

The attentive and excellent business woman that she is, Tosha is very receptive to feedback and welcomes new orders.  I encourage you to follow Brize Collection on its social media platforms, so you can see the wide range of her custom-made Chuck's. You'll also notice that she is a jewelry designer!