Does a Red Carpet Fashion Win Hold Precedence Over the Emmy? 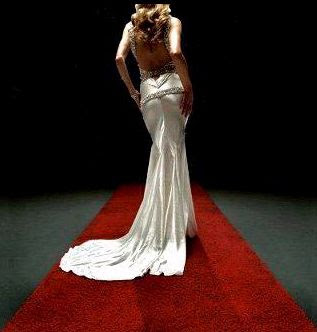 Because I love fashion, I love the red carpet, pre-award show on E! Entertainment. HOWEVER, I find that I always start to forget just why the stars are flaunting their goods in first place. Aren't they supposed to win for their talent? Not just what their stylist picked out? The emphasis on appearance is so huge that simply dressing up for an award show is not enough -- Hollywood must wow the world on every level.

Anyhoo...currently, it's the countdown to the Emmy Awards, and I have my TV fixed on E!'s Ryan Seacrest and Giuliana Rancic to see who's wearing what, who shouldn't be wearing what, and just who looks the same every year. Stay tuned to see whose gown made me salivate. Because, we know that, image IS everything when it comes to the red carpet.