You Are Who Your Team Is 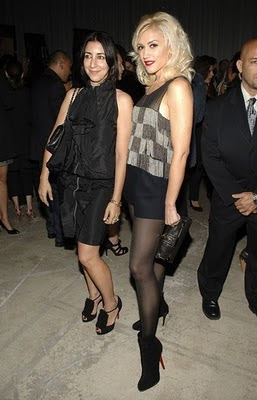 When I was a kid up to when I was in college, I rarely enjoyed teaming up with others for a project. The only time my adrenalin did start to pump, was when I was appointed (or self-appointed myself) to leader. I never claimed to know it all, and I never disliked socializing when working on school work with others. But in order to make sure that the team was on the same page, I felt that I HAD to be head. I also wanted to ensure that passion was part of the formula. As leader, I felt in control of the group and the direction we would take a certain project. I thought that I could ensure that everyone would have the same passion if I were in charge.

NOW, I love working with teams! Through various experiences, I not only learned how much others actually can bring to the table if you trust them; I realized that I most definitely can not do everything myself. We all need assistance and additional brainpower, so I have come to actually enjoy pairing up with someone or sitting in groups as we all work toward the same goal. Now, as compared to being a kid or being in college, the individuals I surround myself with ARE passionate about what they do because it is their career. Boy, did this take me time to grasp.

Gwen Stefani is one of my favorite Hollywood ladies. During her "Tragic Kingdom" rocker days with band No Doubt she styled her own outfits. Sometimes they were talked about as horrid, other times they seemed passable for a girl in a band. As No Doubt's music evolved, so did Gwen's style. And one of the most impressionable people she credits is her stylist Andrea Lieberman. She even worked with Gwen on her L.A.M.B. line. As someone who appears very independent, creative, and self-sufficient, as well as someone who grew up sewing her own clothes, Ms. Orange County Girl surprised me when it came to hiring a stylist in the early 2000s. But even Gwen had to take a step back and acknowledge that she could use some help.

So my advice to you is take someone's hand when you need it, engage in conversations with coworkers over a project, and speak your mind during group meetings. What I've learned thus far: you can unleash your talent and maintain your individual voice while at the same time, listening to others and appreciating their talent.

I always enjoy reading about Gwen, and I have always loved her style. I remember being a teenager, watching her perform thinking "she's so hott". That wasn't just directed towards her body, but her style and personality too.

I tend to dislike working in groups because I find that it takes a lot of effort to try and get everyone together. But, you're right, everyone can bring something good to the table if you let them.

And I'm learning that when others see the effort I put in, it encourages them to do the same. A give and take for all!